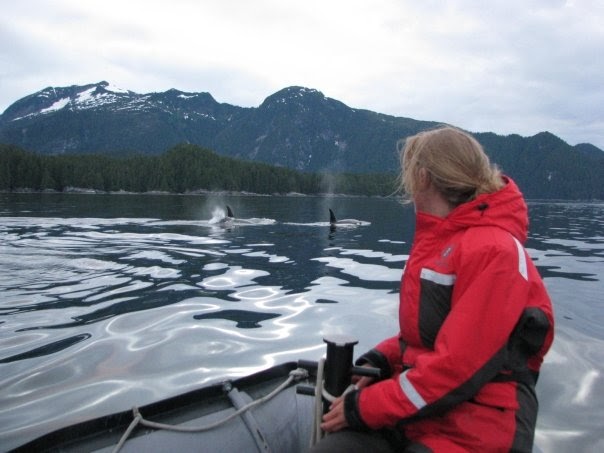 Colleen Weiler has been working as the Jessica Rekos Orca Fellow at Whale and Dolphin Conservation (WDC) for over seven years now, primarily focusing on Orcas by assessing populations worldwide and giving overviews of both healthy and endangered populations. WDC is an international organization with a nationwide supporter base that seeks to protect Whale and Dolphin species. Through her work, it was determined that Southern Resident orcas were the most pressing cause for WDC to take up as they’re the only endangered orca species in the US; so, herself and WDC took up the issue of Southern Resident orca recovery.

Colleen recognizes that most people care about or love whales, but only a small portion of those are aware of how much trouble they’re in. She further emphasizes how important and unique the Southern residents are and that there are actual steps that we can take in order to help them. In their work, WDC found that at-risk Chinook salmon populations and the Snake River Dams are the principal issues negatively impacting orca in the area. She notes how central the work that regional groups have been doing on the issue for decades is to their work, so when they moved to work on orca recovery, they sought out ways in which they could best contribute to the fight. For them, this was dam removal, returning the connection between rivers, salmon, and whales, something that is often overlooked by both the general population and our elected officials.

Colleen’s first work that she did was on Klamath River Dam Removal and looking at different river systems to see where the “obsolete, outdated, or really harmful dams could be modified or come down and have a benefit to salmon and orca recovery.” They researched water quality, use of pesticides, and large vessel impacts in the Sound, further confirming that there were a number of ways in which the Southern Residents were negatively impacted. However, Colleen has hope for the orcas, pointing to numerous calves’ recent births and survival throughout the region. But these calves need to be fed by their mothers, who drastically rely on Chinook salmon populations in order to produce milk for their young, recalling the importance of matriarchs in orca families and that the chances of survival for orca calves that lose their mothers plummets.  Colleen asserts that “the whales are doing their part, so we need to do our part and make sure that they have food, a healthy ecosystem, and a home to live in.”

She reinforces the idea that the people need to speak up and speak out, voicing their support for this issue to their elected officials. Furthermore, she calls on Oregonians to take up this fight as well as they have just as much a stake in it as Washingtonians do, stating that “they’re Oregon’s orcas too.”